I hope you all have someone to hug today, may it be a partner, family, friends or a pet. Just share some love! 🙂 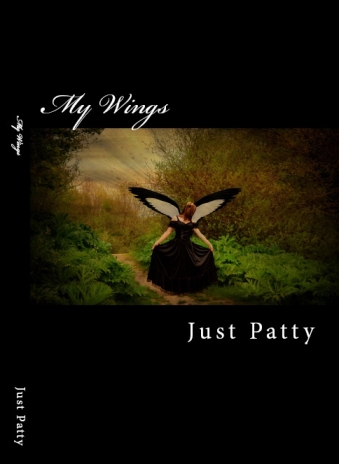 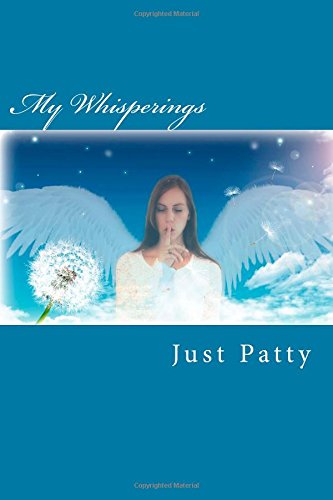 Besides writing and seeing my books getting published, one of the greatest things of being a writer is that I get to hang out with other writers.

One of them became one of my best friends! Last Saturday his second novel got published and I was there! 🙂 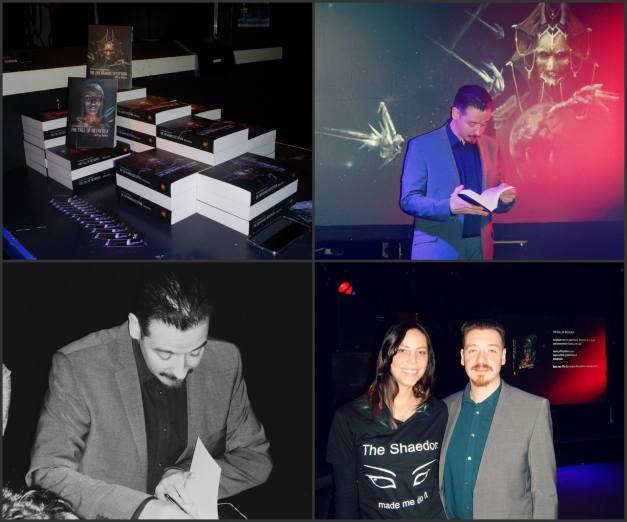 It was a great day and I am so very proud of him. I also really love his books!

Besides being an awesome Sci-Fi / Fantasy writer (he writes in English guys!!!) he is also a very kind and fun person to be around.

Do me (but mostly yourself) a favor and check out his Facebook page were you can find information about his books, his adventures

as a writer and book reviews —> Jeffrey Debris 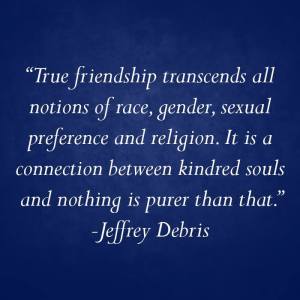 Don’t forget to visit him and say “hi!”.

Sharing will be highly appreciated! 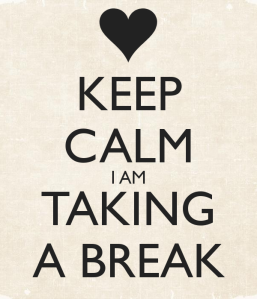 The next couple of weeks are going to be a bit hectic for me.

I have some signing sessions I have to attend to and I am really busy writing my third fantasy novel.

So, not much blogging time for me!

Wishing you all a beautiful summer and I will see you guys later.

Throwback Thursday: How to…deal with the Dutch!

This is one I wrote last year, it’s about the Dutch.

I hope you will enjoy it! 🙂

I have a lot of fun reading things about my country and its people. But some things are just so wrong, I have to correct some of it! 🙂 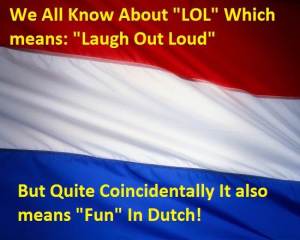 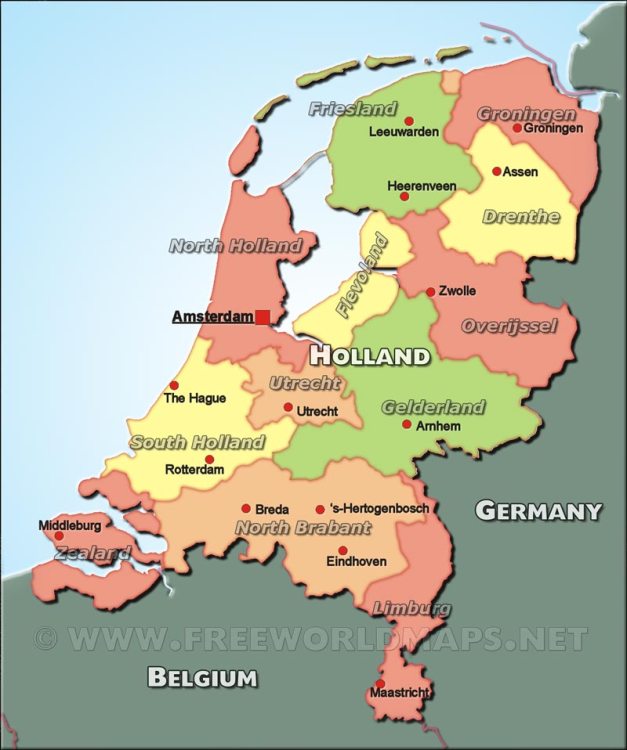 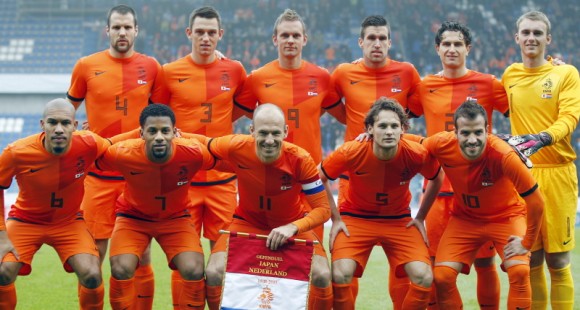 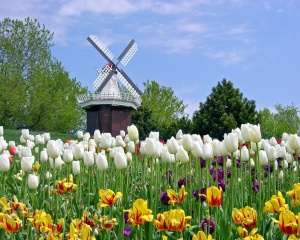 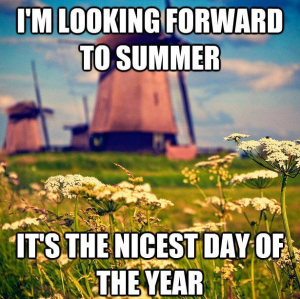 Some random ‘facts’ I found on the internet. I really laughed my ass off while reading some! Let me clear some things up for you. 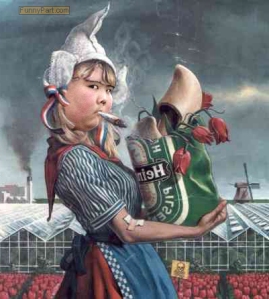 False. Although it’s true that 2 sections of my country are called North Holland and South Holland (I live in South Holland) it’s not true that you can’t call the Netherlands Holland. We Dutch do. If anything, the Netherlands is actually wrong because it’s a name from the time that Holland, Belgium and Luxemburg were one country called ‘The Netherlands’.  A lot of Dutch people will say that they live in Holland. I do too. 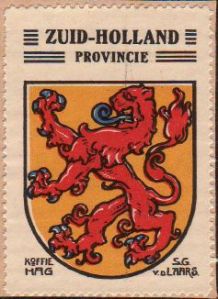 2.) As a foreigner, don’t ever try to speak Dutch. Not only will you get an enormous headache but the Hollanders will not understand what you mean. Foreigners are supposed to speak English or Gibberish.

True. The Dutch are good at languages.  Having conquered their own – they add English (75 percent have acceptable level of fluency); German (55-59 percent); and French (19 percent).  And not forgetting, classical Greek and Latin is part of the curriculum for gymnasium high-school students. We will probably not understand you if you try to talk Dutch to us. 🙂 But I always like it when people try!

3.) Don’t buy wooden shoes. They will look completely ridiculous. Which is the reason they will try to sell them to you. A Hollander himself would not want to be found dead wearing them.

True. Of course you can buy them when visiting Holland, you are not a tourist for nothing you know! But we don’t wear them. Wooden shoes or clogs or “Klompen” have been popular in the Netherlands for about 700 years as industrial footwear worn by farmers, fishermen, factory workers, artisans and others to protect their feet from injury and keep them dry. And those certainly didn’t look like the ones they are selling these days! 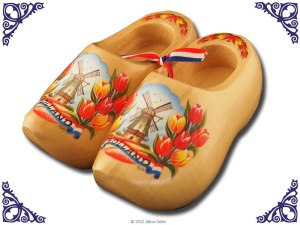 4.) It is not necessary to fake interest for tulips, mills, wooden shoes or cheese. Every Hollander knows you came for the soft drugs and the Amsterdam red-light district. Both are widely spread and easy to find.

True. We know a lot of tourist come to Holland for the soft drugs and stuff. But we have a lot of interesting things besides that as well!

5.) Despite soft drugs being legal in Netherlands, you almost never see a Dutch person getting high.

Hmmm, it’s correct that we don’t smoke that stuff every day and are high every week, but most of us has at least tried it and a lot smoke on a regular basis. Come on! It’s legal! 😉 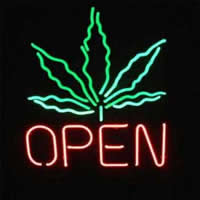 6.) Cops in Holland are mainly used to throw stuff at. If you get the uncontrollable desire to hit someone, take on a cop. No Hollander will pay any attention if you hit a cop, put a knife in his cranium or firmly kick him in the butt. Cops represent authority and not one Hollander recognizes a higher authority than himself. You will notice the fact that most cops are actually foreigners that were lured into this job.

False. Hahaha, this one made me laugh so hard! It’s true that we don’t like cops that much but that’s mostly because the Dutch are not a big fan of anything that even remotely tries to pass as an ‘authority’.  We are a stubborn bunch of people who don’t like it to be told what we can or can’t do and we think that respect has to be earned, not giving out freely. We are very much in love with our freedom. But you can’t hit or kick our cops. Your ass will get thrown in jail.

7.) The most important way of public transportation in Holland is the bicycle. Feel free to take any bike of which you can pick the lock. Just don’t expect your own bike to be in the same spot where you parked it 3 minutes earlier. Hunting season for bikes is open 365 days a year. Good luck!

False. This one is also very funny! 🙂 Yes, we all ride bicycles and yes, a lot of those get stolen. But no, it’s not legal to take someone’s bike. 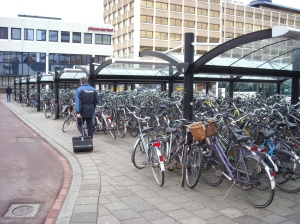 8.)There is a fast and foolproof way of embarrassing yourself in Holland. Enter a coffeeshop and ask for a cappuccino with a biscuit. Coffeeshops -remember this- do not sell coffee. They do however have a large variety of stimulating products at reasonable prices.

False. A so called ‘coffeeshop’ in Holland sells soft drugs, but they have coffee as well lol. But if you only are looking for coffee, we have a lot of cafeteria’s and they sell coffee and even tea! 😉

9.) Dutch beer has built up quite reputation for itself. Some people even drink it! Brewing is one of the things Hollanders are traditionally very good at.  Once you’ve tasted Dutch beer like Heineken, Grolsch or Amstel, all other kinds of beer taste like tap water in a lousy hotel.

Hmmm, true. We have good beer, although I would recommend Hertog Jan! 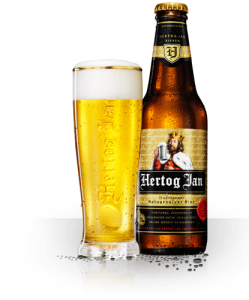 10.) The Dutch are cold and harsh people.

False. We can come across as distant at first, but we are just observing if we might like you or not. We keep our distance when it comes to strangers, but we are warm people when it comes to our family and friends. It’s not very common to tell our friends that we love them. Dutch people are very careful with the use of the word ‘Love’.

When meeting family, friends and acquaintances it is common that everyone gives each other three kisses on alternating cheeks. Men in general shake each other’s hand.

The Dutch are known for being straightforward (which is sometimes experienced as rudeness) and there isn’t a single topic that cannot be discussed in an informal setting. Just think twice before you ask the Dutch for an opinion, because you will get it without a gift wrap! We can be brutally honest.

Tips when dealing with the Dutch

Do not be easily offended. Like stated above, the Dutch are straight forward and will give their opinion without gift wrapping it. We also are quite sarcastic and will make fun of basically everything, even ourselves. We don’t mean to offend others though, but if you are easily offended you will experience a hard time dealing with the Dutch. 😉 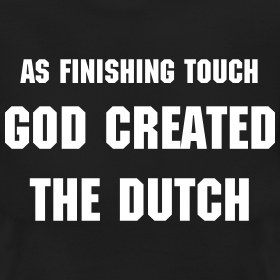 Use a firm handshake. You will get judged by your handshake. If it’s weak, it means that you are weak.

The Dutch are proud and don’t like to be told what to do. Do not try to tell the Dutch what to do. Unless you want them to do the exact opposite. 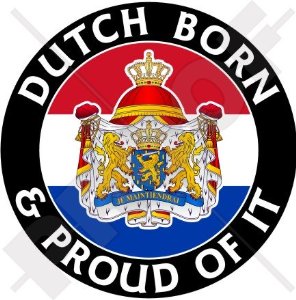 Dutch people ask ‘Why?’ or ‘Why is that?’ a lot. It’s very common and not meant to be rude or try to get into your personal business. Just straight forward and open for a discussion about nearly everything.

Many Dutch will want to talk the through arguments thoroughly first, and only then will they let bygones be bygones.

In Holland, women are allowed to do just about everything that men do. Hooray! 🙂 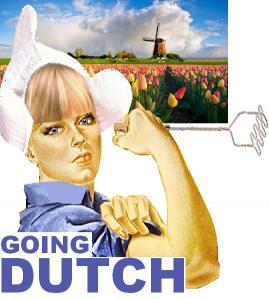 Dutch men don’t think their wives and daughters constantly need the protection of a man.

It’s not common to show a lot of emotions.

Dutch people don’t like to be touched. They maintain their distance while talking to you. Except when you are in their closest circle.

We have other cities than Amsterdam. No really, we do! 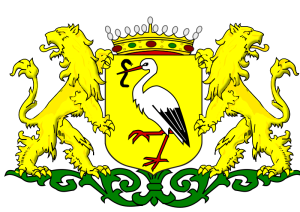 Amsterdam may be our capital, but it’s not that popular in the rest of Holland. I am born and raised in Den Haag (The Hague) and I am very proud that I don’t live in Amsterdam! 🙂

Coming soon: My Whisperings in EBook!

As you might know, I have published my second poetry book ‘My Whisperings’ last year.

This collection contains 80 poems, 20 short poems and a collection of photographic artwork made by the author herself.

Very soon I will be releasing the EBook version of this book as well.

Below you will find one of the poems from my poetry book. Enjoy!

They escape my unwilling lips

Words from the heart

From my trembling lips

‘I love you still’

From ‘My Whisperings’ by Just Patty 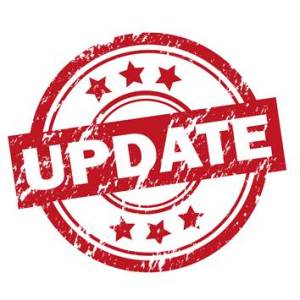 Time for an update.

I managed to complete the NaPoWriMo challenge for the second time.

If you missed any of my poems, just type ‘NaPoWriMo 2015’ in the search box on my blog to check them out.

At the same time, I started to write my third fantasy novel in the Dutch Drägan Duma series. I am struggling with this a bit because my mind works faster than I can type lol. This will take me some time, so I will get back to my blogging schedule like it was before NaPoWriMo started:

Unless I have something really important to tell you all of course!

Anyways, on to my goals for this month!

Did you have any goals set for this month?

Sorry that I’ve been absent for a while. Just sneak peeking every now and then.

Lots have been going on and I just needed some time off.

Maybe you should enjoy your rest because I will be participating in this year’s NaPoWriMo!

So, soon I will be spamming your reader with a poem a day. 😉

If you are thinking about participating as well, click the button above to get directed to the NaPoWriMo site.

What did I do in the meantime?

Well, I try to get some rest after publishing my second Dutch fantasy novel at a book presentation!

You can find some pictures right HERE if you are interested. 🙂

Lots of Love to you all, I will see you soon. Miss you!

You are the Storyteller of your Own Life. You can Create your Own Legend - Or Not!