A Poetrics for today: Laugh about it 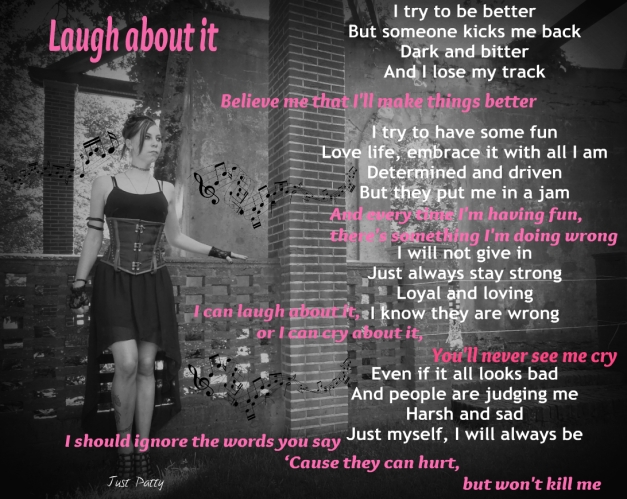 Note: The lyrics always stay the property of the band or artist who wrote them. All the credit goes to them.

Part of the lyrics of ‘Laugh about it’ by Racoon

Can you give me solid ground,

‘cause all my footsteps turn me down.

Can you give me free advice,

but I’ll try to listen.

And I can blast friendship to hell,

or I can try to make things better

But they change the rules when it’s my turn,

so they can laugh and watch me burn.

I can laugh about it,

or I can cry about it,

You will never see me cry

I should ignore the words you say.

‘Cause they can hurt,

but won’t kill me

but won’t kill me.

They can hurt but won’t kill me.

This one is for you bro! 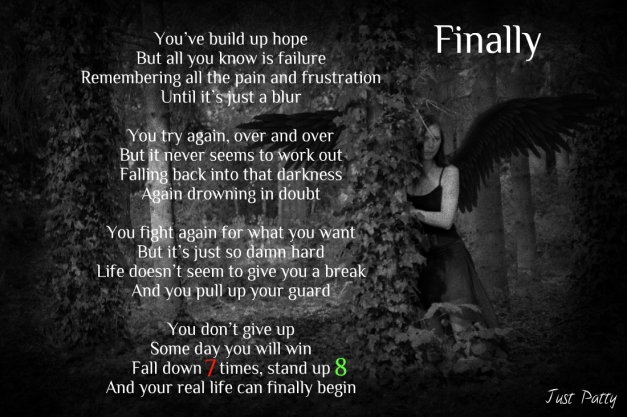 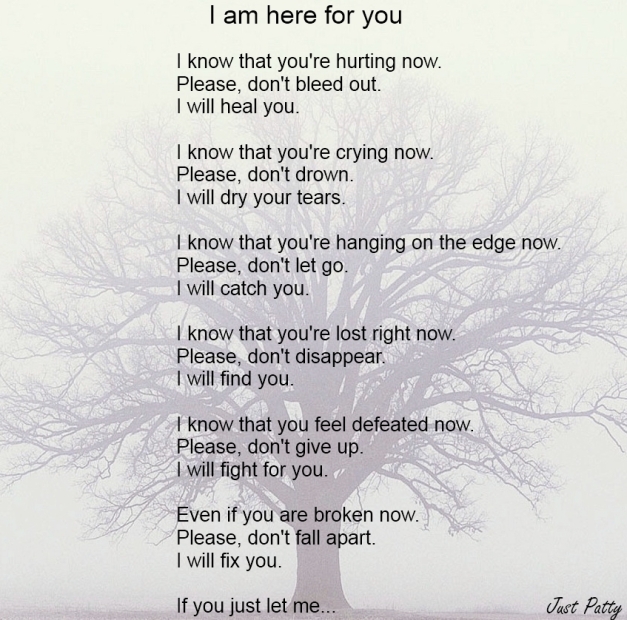 Something to think about…

Yes, I know, not my usual kinda post. (sorry about that!) But I like to do something ‘different’ every now and then…

So, this is about being ‘different’. 🙂 (if you’re really stuck in your own opinion, you probably don’t want to read this!) Just saying…

Yeah, I know, the most of you will say: ‘But I am totally down with people being different!’

Is that so? Are you really? Because if everyone shouts that out without really thinking about it, why does bullying exist? Why does racism exist?

Well, I live in Holland, one of the most tolerant country’s of all. Or is it? Then why do we still have people committing suicide for had their life made a living hell because they were different? Just saying…

Everyone claims they want to be ‘different’. Unique. Special. We all want to be exclusive, not like everyone else. That’s not strange at all. In fact, it’s logical!Every human has his own thoughts, opinion and taste. There are no two people who are exactly alike. Luckily, because otherwise it would be a very dull world to live in!

The strange thing about all of this is, that when someone is, in fact, ‘different’, a lot of people turn their backs on him of her. When someone not behaves or not looks like ‘the rest of us’, a lot of people think that person is too different! You can be yourself, but only until a certain limit…

To what limit? I ask myself.

Is it okay to wear different shoes, but only when they’re of the same brand everyone else is wearing?

A color of the sun parlor is good, but a color of your own is wrong?

Is it fine to speak a different language, but only when your traditions are alike?

It’s no problem to have an own taste of music as long as you listen to the top 40 when you are in public!

Is it better for a child to be completely alone in this world, then be taken care of by two people who will do anything to give that child all the love they can give, but are of the same gender? Yes, I know I’ll be stepping on some toes here. But if I do, and you can’t stand the fact that I feel different about this then you do, I gladly point you to the ‘unfollow’ button! 🙂

When someone really is him or herself, the bullying begins. Groups are formed, because yes, we are stronger together! The name-calling starts, the abuses, and even the violence. Making someone’s life into a living hell without even thinking twice about it…

Are we trying to make someone into something we like to see? Is it a matter of jealousy or fear? Fear for a skin-color, a religion, a way of thinking or a special kind of look? Or just won’t blend in the crowd for a dozen other reasons? Don’t we want to be unique or special after all???

I will tell you how I see it!

Every human is unique and I like it that way! (won’t be much fun if everyone thinks and looked like you, now does it?) I love special people! As long their being theirselves not involves children abuse, robbing people, serial killing or beating up animals for fun, I’m pretty much down with everything else!

But then it begs the question:

Do you have the couragee to let someone be him or herself?

Are you strong enough, brave enough, compassionate enough to accept someone, even if their believes are not the same as yours?

Or are you more comfortable just following the herd?

Just think about it…

As always, LOVE to hear your opinion! But keep it gentle please. If you don’t like what I’m saying, you can of course say that! But if you just want to whine about it, please just click the ‘unfollow’ button and go on with your life! 🙂

A little proud of this one!
Posed, photographed, edited and written by myself! 🙂

You Are the Storyteller of Your Own Life. Create Your Own Legend, - Or Not!